William Diebold is retired and living in Southern California. He did three tours in Vietnam, spending two years and three months there as a photographer from 1969 to 1971. Following that he attend 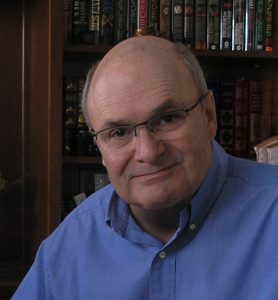 ed ArtCenter College of Design in Los Angeles. Upon graduation, he was hired by Leo Burnett Inc. to manage a studio in Chicago. After one year he went out on his own, eventually spending twenty-five years as an advertising photographer with studios in Chicago and Dallas. He was fortunate to enjoy success during those years, with many major clients such as Kellogg’s, Little Caesars, Pillsbury, Bud Light, Quaker, Sam Adams, and Pepsi.

Diebold was an advertising photographer in Chicago at a time during the 1980s when the industry was at the dawn of major changes brought on by the revolution of personal computers, digital media, and the Internet. It was an exciting, portentous time, and he is still of the opinion that Chicago and its wonderful people are the best-kept secrets in the country.

As a father with two sons, a wonderful daughter-in-law, and two amazing grandchildren, he very much looks forward to what tomorrow may bring.

William Diebold’s website can be found at www.debold.com (note the different spelling of his name). There you will find many Vietnam photographs that mirror some of the chapters in the story. Also included on the website are many photographs from his advertising photography days.