A Tale of Love, Adventure, and the Quest for the Secret Behind the Door

There is a legend common among peoples living there that at the beginning of time ancients once lived in the Siem Kulea valley and they left something behind a hidden door that could mean unlimited wealth and power.

Jack and Mai leave their happy Chicago home to live in the valley where two years ago they barely escaped with their lives. The valley is the traditional home of the Champa people and thousands have come to settle there and live with their queen. 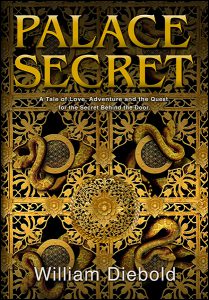 At first Jack has some trouble adjusting when he is confronted with the culture of the Champas that is governed by ancient and barbaric customs. This uncertainty is enhanced when Mai reveals a secret to him that challenges his love for her.

A professor of archeological studies with knowledge of the legend of the ancients discovers a link to the ancient secret that leads him to the Siem Kulea valley where Jack and Mai have settled.

At the same time, adversaries learn of the legend and form a diabolical plan seek to control Mai, take over the valley, and find the answers to the secret behind the door. It becomes a surprising and thrilling contest that takes them around the world to see who finds the answer first in this all-or-nothing contest.

What happens when the bond of love between Jack and Mai is tested and their adversaries unexpectedly put them and their valley in great peril? What will Jack and Mai do when all seems lost and their opponents have won?